Measuring 12’ x 40’ and partially buried, the inside of the tank had severe corrosion damage.  The maintenance team contacted the local ENECON Field Engineering Specialist to recommend a solution to this problem that needed to be solved quickly and on a budget.

After the tank was drained and cleaned, the inside of the tank was grit blasted. Some welding repairs were made followed by some repairs made with DurAlloy.

Two coats of CHEMCLAD GP were then used to protect the inside of the tank, providing chemical resistance in that harsh environment. The outside of the tank was given three coats of ENESEAL CR.

After the plant’s maintenance team saw the finished exterior of the tank, they requested the same process be done to the exterior of some nearby concrete holding tanks.

The tanks were cleaned with a high pressure washer followed by three coats of ENESEAL CR.  The concrete tanks were the finishing touch on an extremely successful ‘ENECON to the rescue’ application. 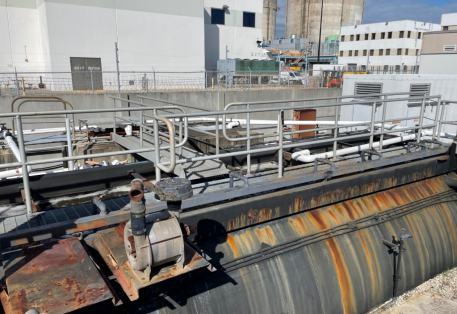 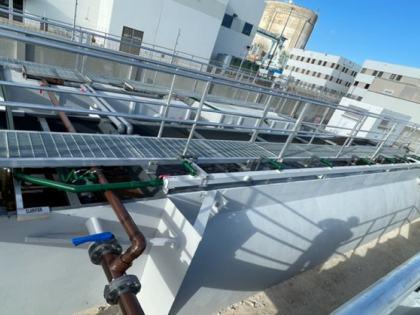 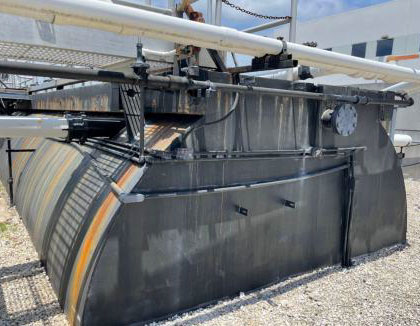 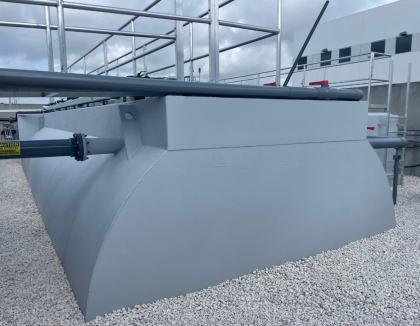 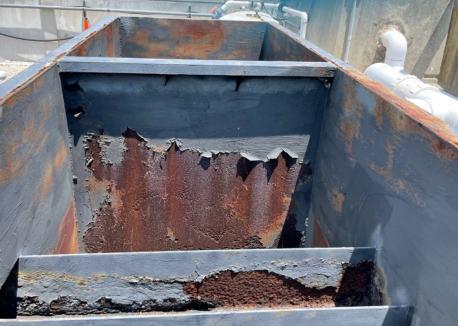 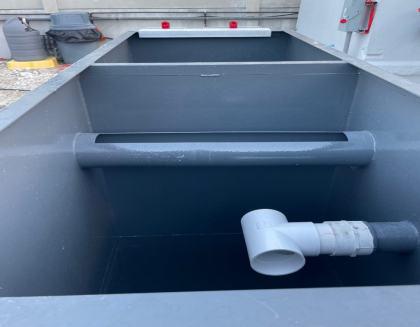 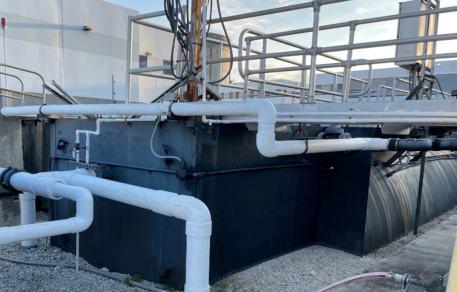 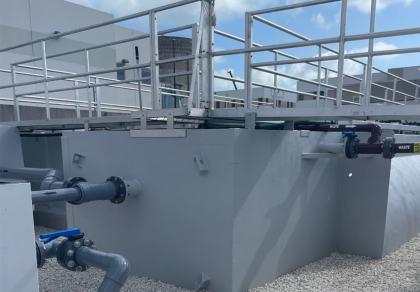 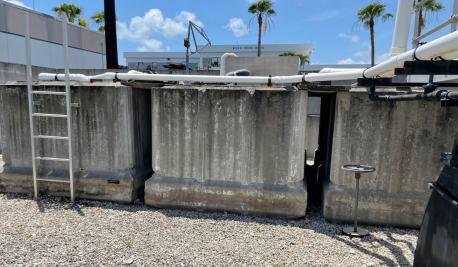 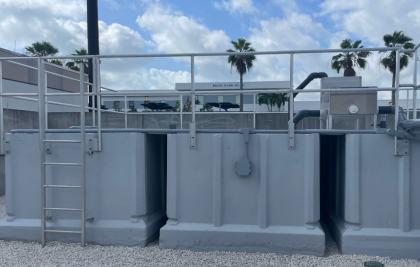