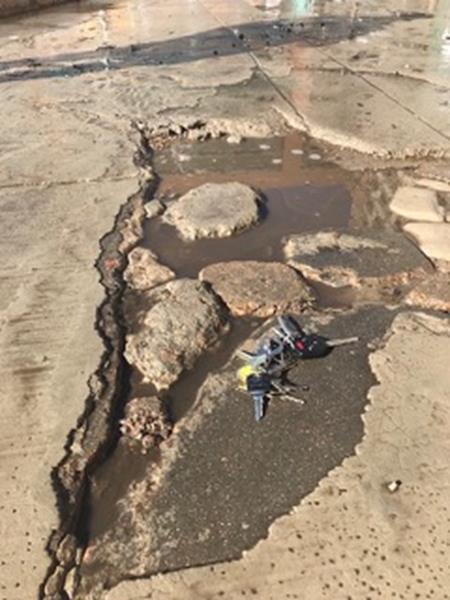 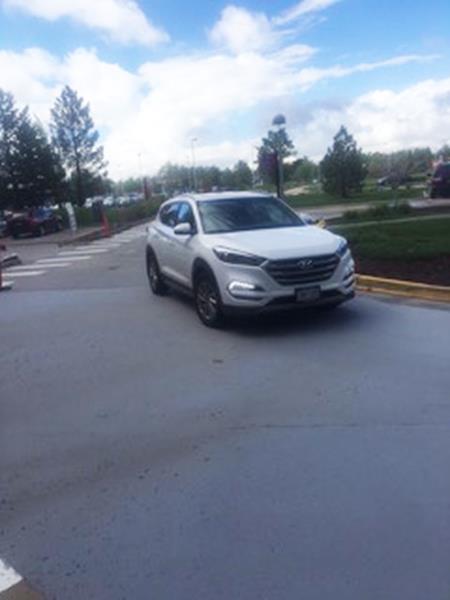 Hospital Saves Almost $500,000 By Repairing Damaged Concrete With DuraFill Instead Of Replacing It

The main driveway at this Colorado hospital had slowly begun to erode over the years.  Severe weather, freeze/thaw and ice melt had caused dozens of potholes.  Some of the potholes were as large as four feet in diameter and up to six inches deep.

Repeated attempts to patch the pot holes and resurface the entire driveway with a thin layer of a “super industrial, cementitious substance” had all failed.

The hospital was facing the potential of closing the main driveway for several months to rip up all the concrete and pour a new driveway.   With hundred of vehicles entering every day, this was not an option. The driveway also has an expensive glycol tubing imbedded in it to assist with ice melting in the winter.

The cost to replace the driveway and the tubing system was close to a half a million dollars.  The hospital needed a faster and more cost effective solution.  They called their local ENECON Field Engineering Specialist for help.

The first step was to remove the failed thin layer by using a large grinder.  All loose material inside the potholes was removed and the holes were filled with DuraFill mixed with common play sand.

Finally, two broadcast applications of DuraFill and colored aggregate were applied to achieve the desired color.

This project was completed in just three days over a long holiday weekend.  The maintenance team was thrilled with the results and the incredible savings. 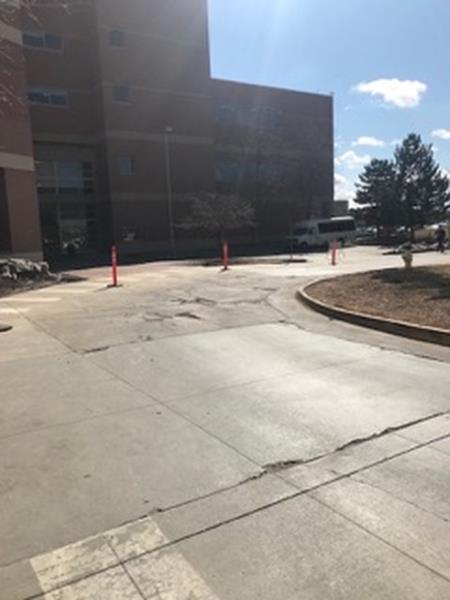 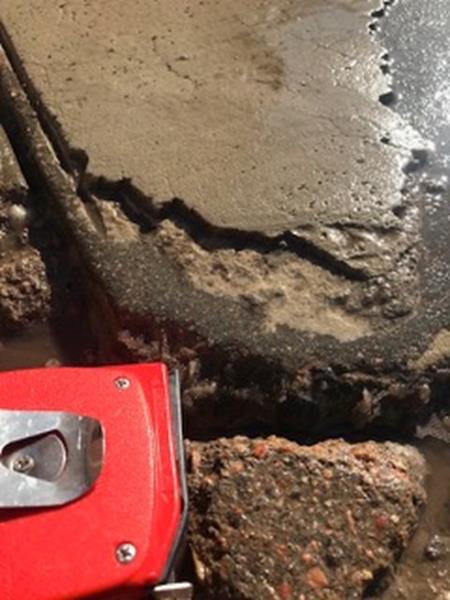 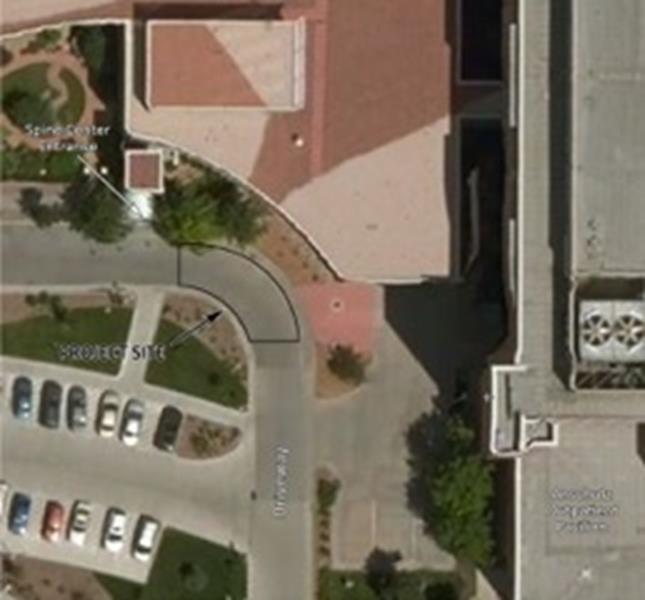 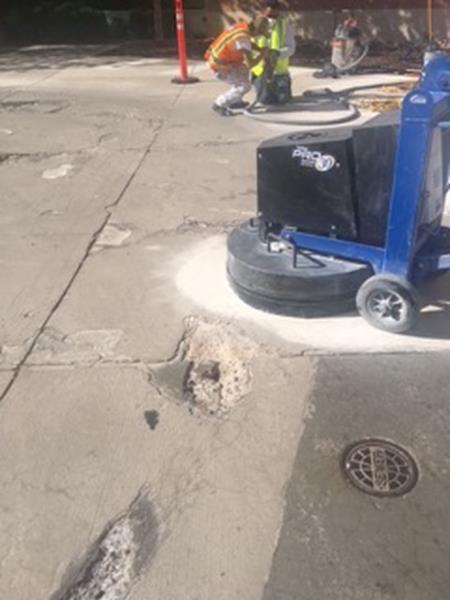 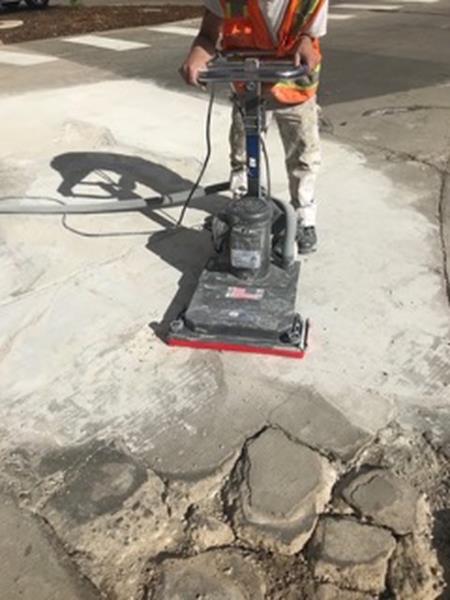 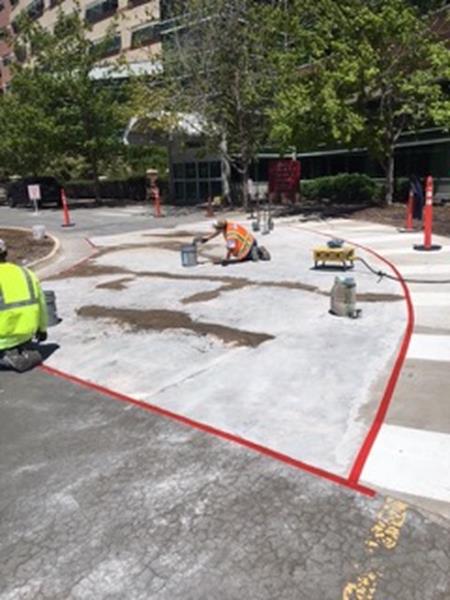 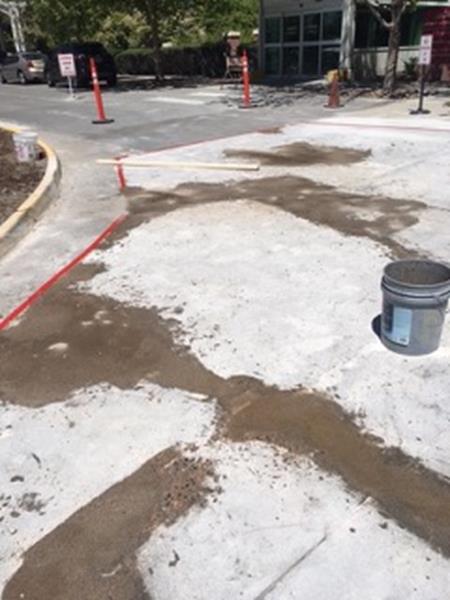 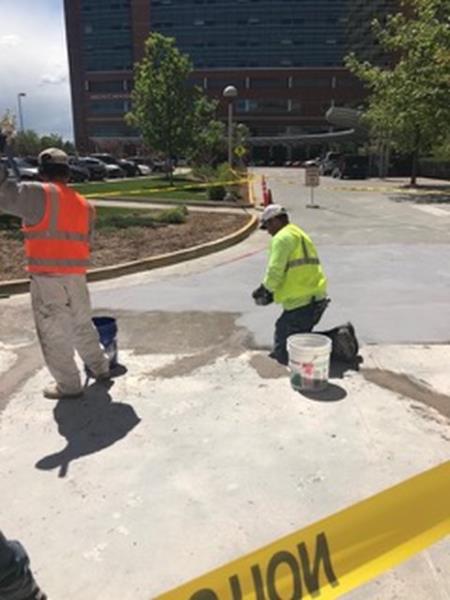 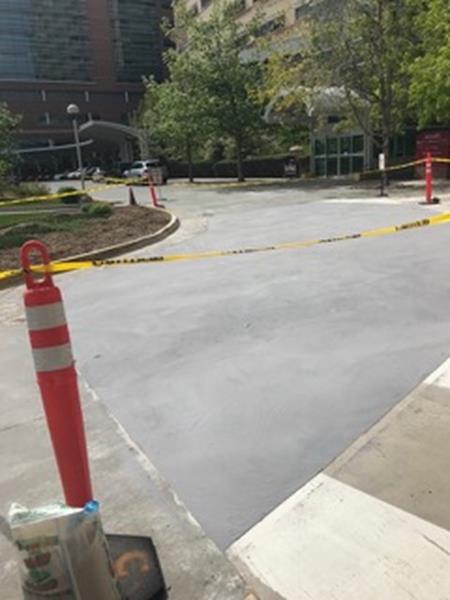 EC-075 – Hospital Saves Almost $500,000 By Repairing Damaged Concrete with DuraFill Instead of Replacing It