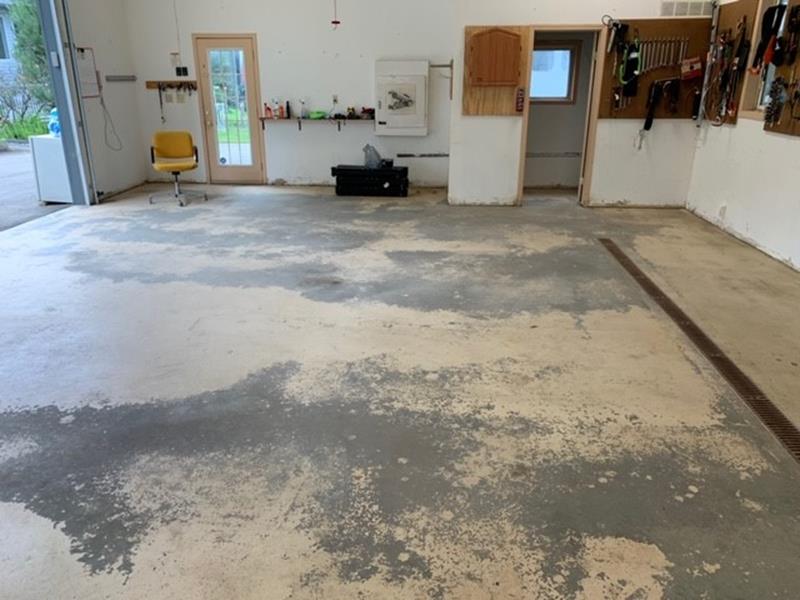 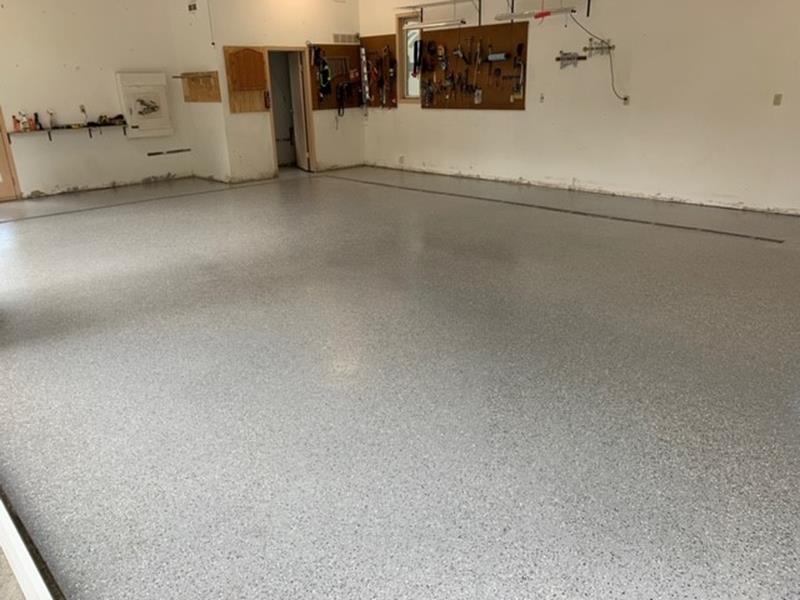 The floor drain in this Canadian garage was not sufficient.  The winter snow would melt off of the equipment stored there and migrate to the walls causing mildew and damage to the drywall.

The client asked their local contractor, who consulted with  ENECON Alberta, to solve this problem by extending the existing drain and applying a seamless protective coating system to the floor.

The drain was extended by using a concrete saw.  After the cuts were made a jackhammer was used to remove the concrete from the cut sections.  After a thorough cleaning, ENECRETE DuraFill was mixed with a local aggregate and the newly cut drain trench was sloped to promote proper water flow towards the existing drain.

This DuraFill mixture was also used to make sure the grates were level to the floor and fit properly into position.

While the DuraFill in the trench cured, a grinder was used to prepare the floor.  Durafill was then mixed, tinted gray and applied.  Multi-colored polymer flakes were then applied at a coverage rate of 30% creating a decorative, and seamless flooring/drainage system.

The next day Durafill was applied as a clear topcoat for two reasons: 1: to seal the polymer flakes 2: to create a non-skid surface by back-rolling in aggregate.

The entire project took 2 1/2 days to complete with significant cost savings. The alternative was pouring a new concrete floor that would have taken a month to cure and complete. 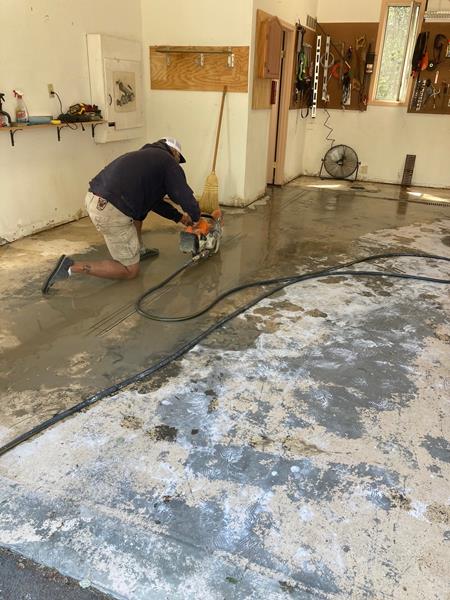 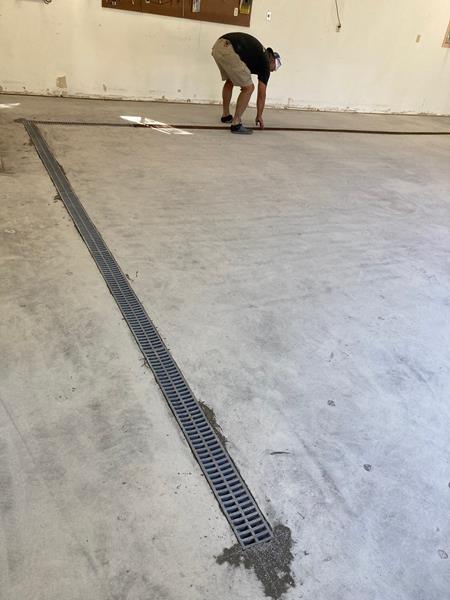 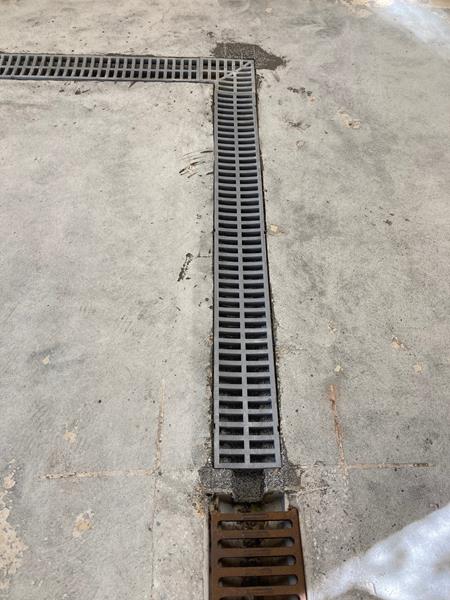 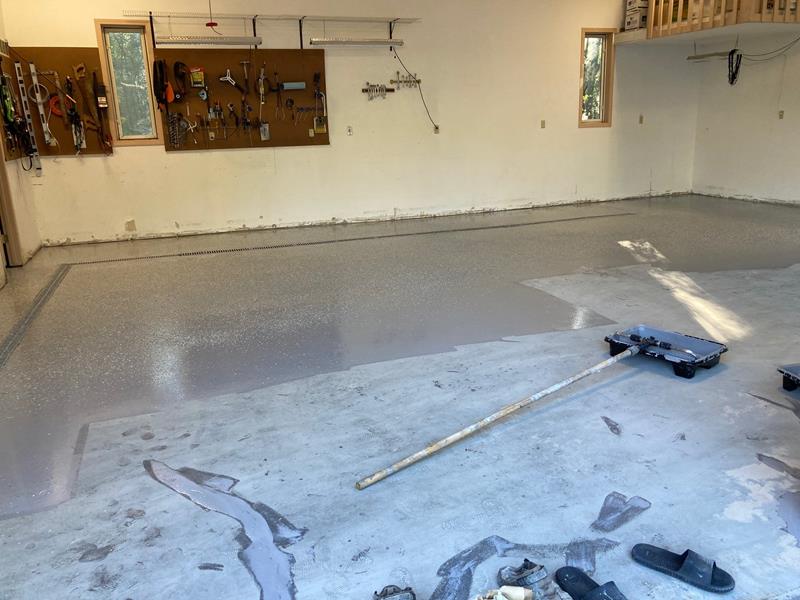 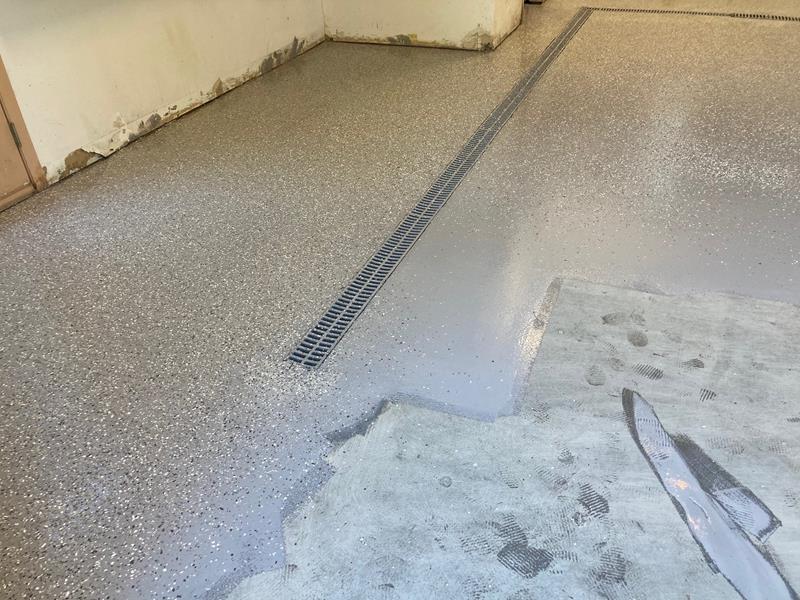 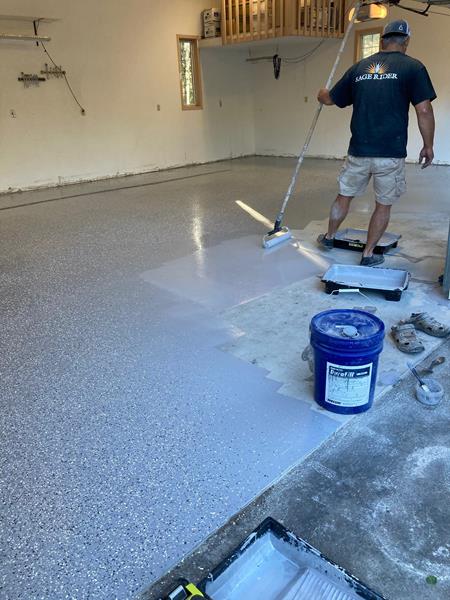 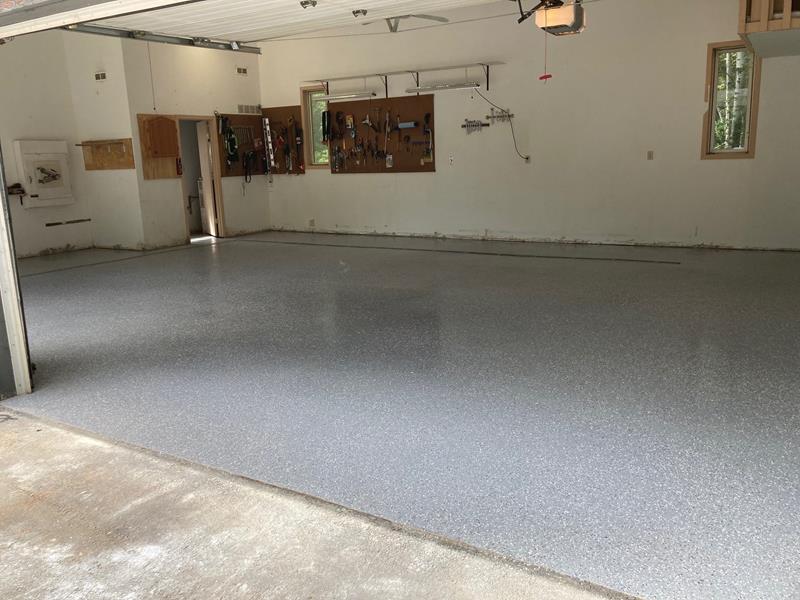 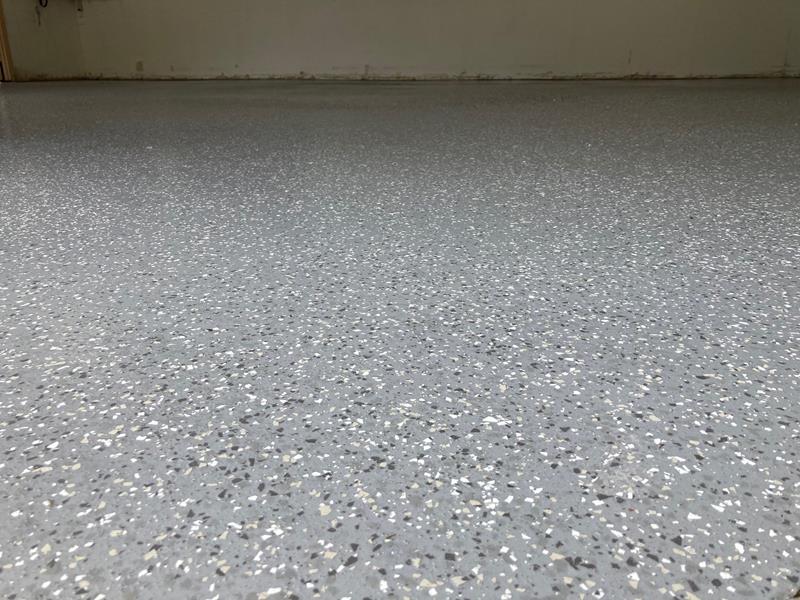 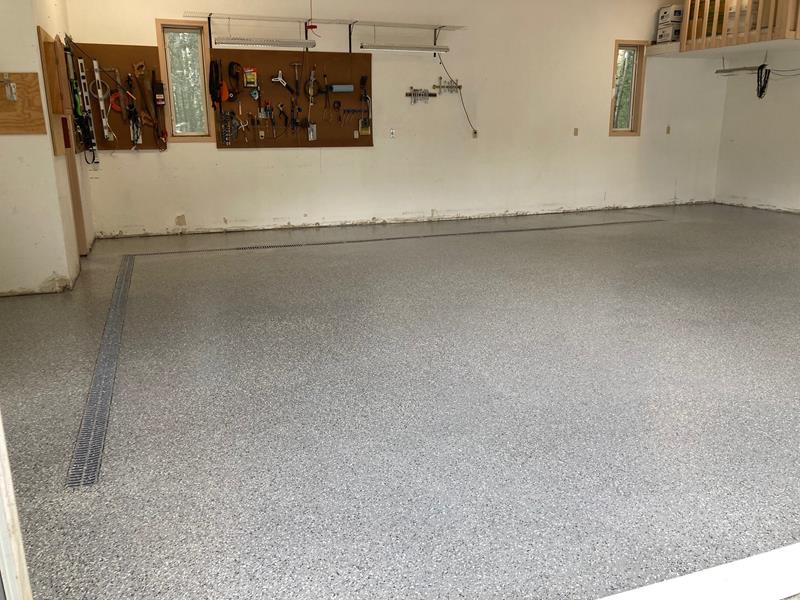 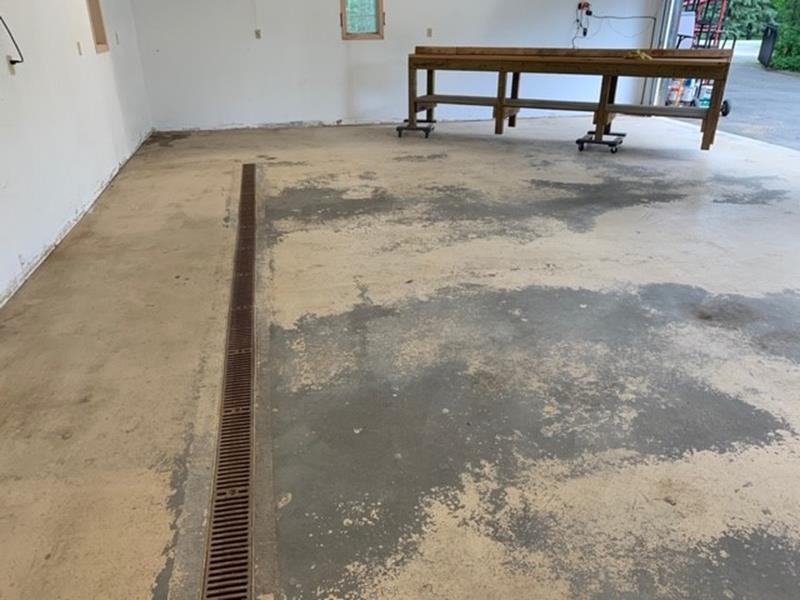 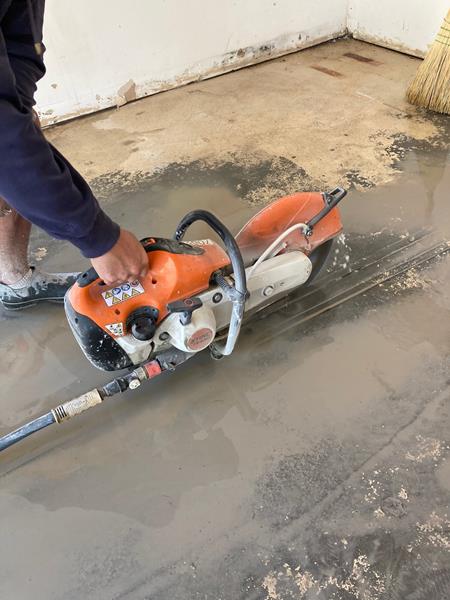 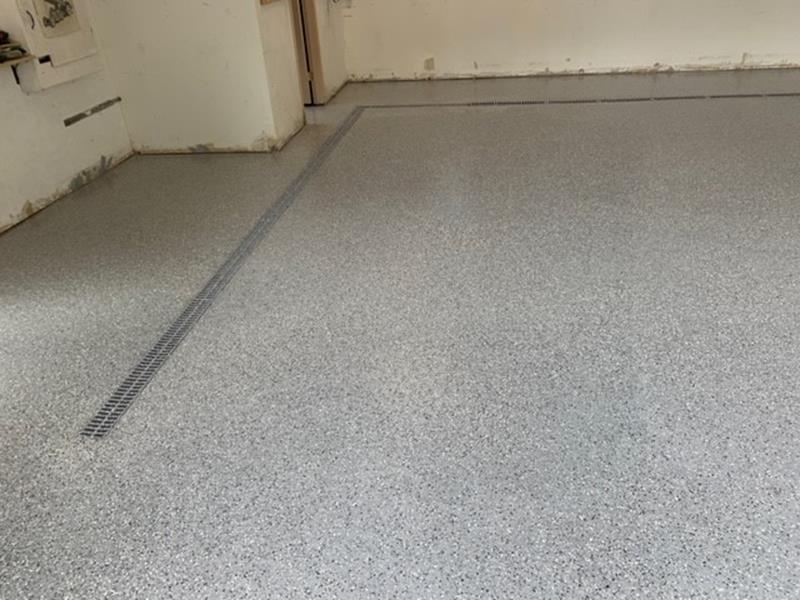 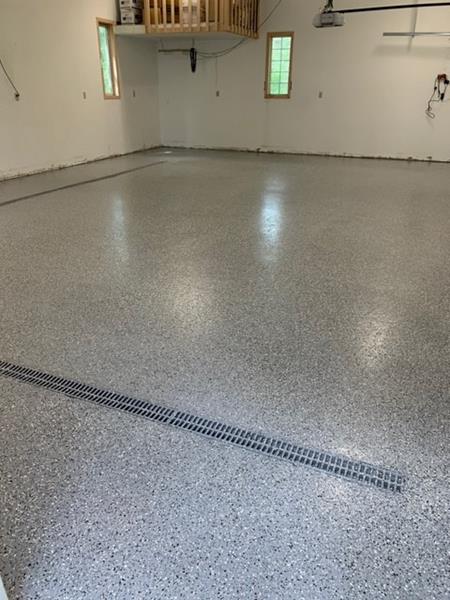 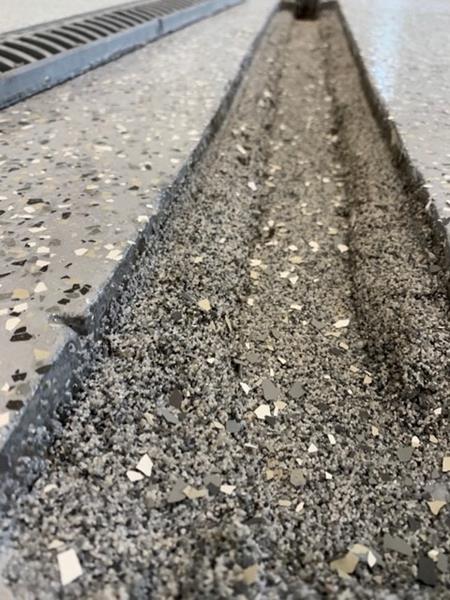 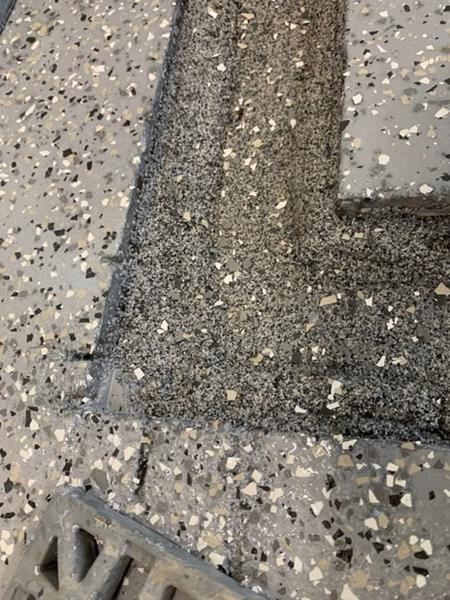 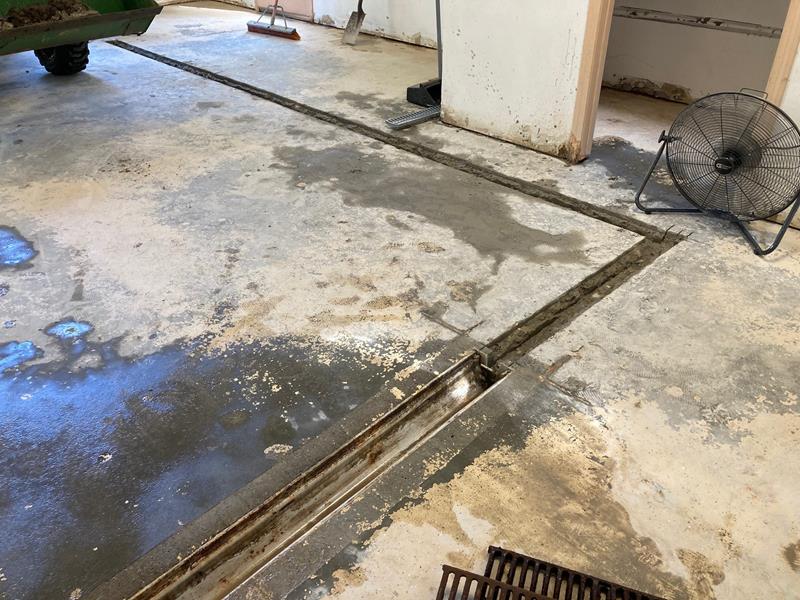 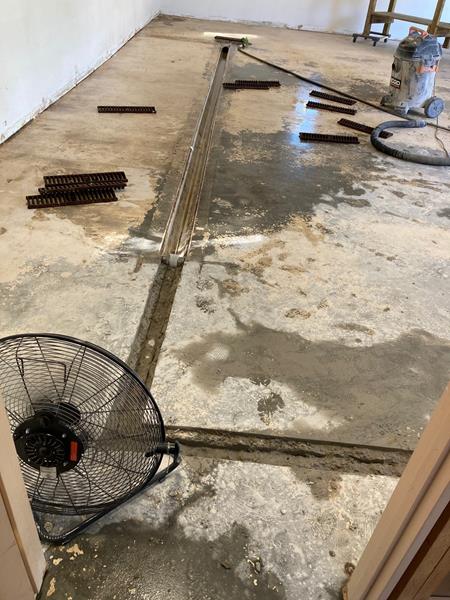 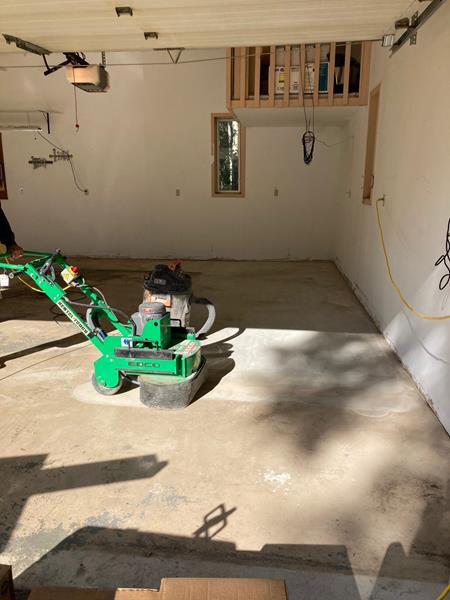 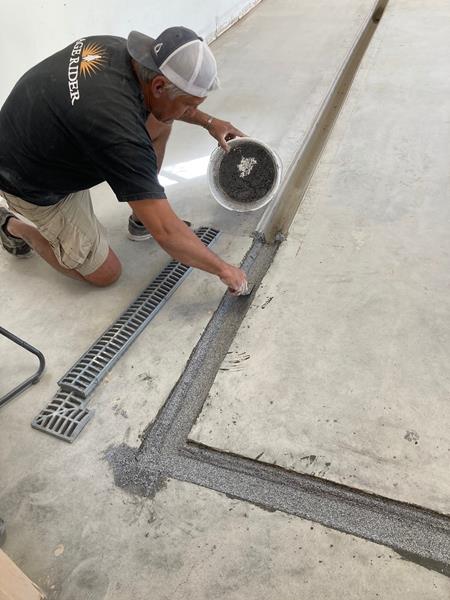 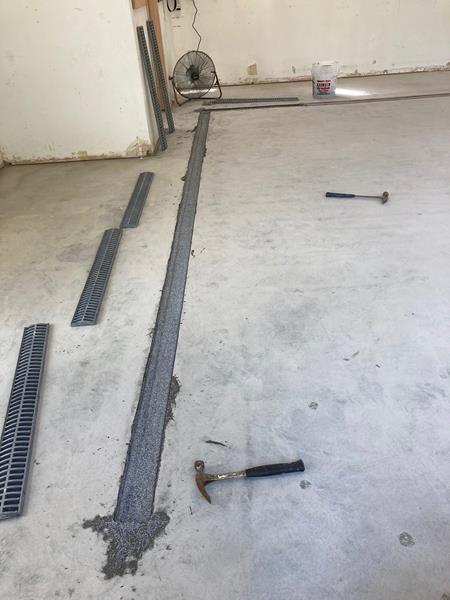 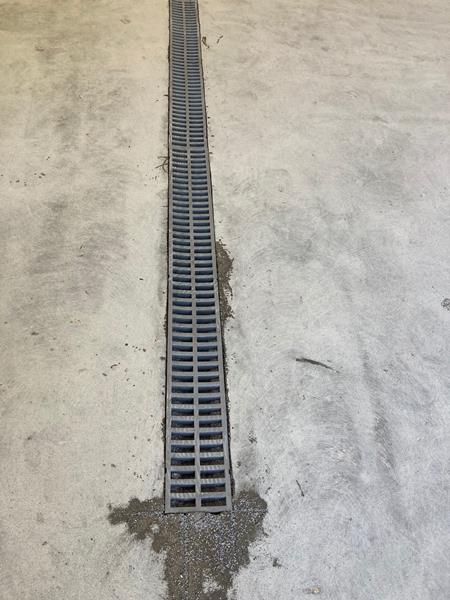