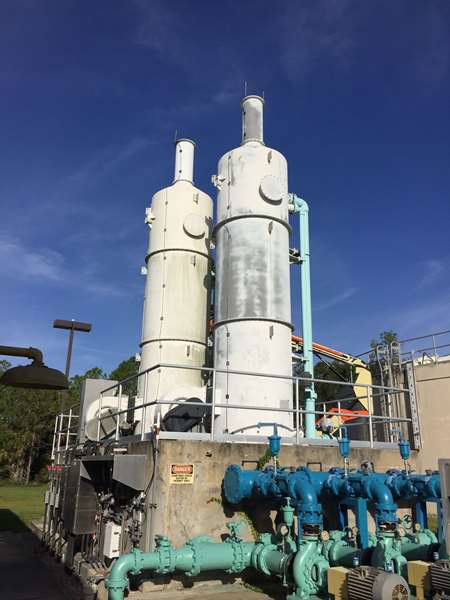 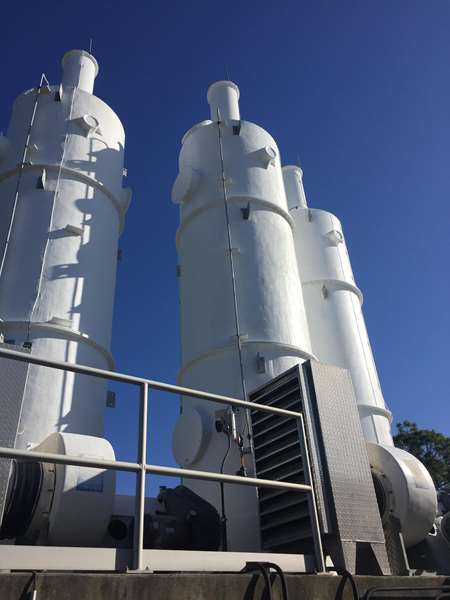 Two of these tanks are made of fiberglass and the third is made of polypropylene.  The original protective coating on all three scrubbers had failed and the sun’s UV rays were causing oxidation.  The ENECON Field Engineering Specialist was contacted to find a solution.

The scrubber’s surface was pressure washed, manually abraded then pressure washed again.  Two coats of ENESEAL CR were applied to the fiberglass scrubber and three coats to the polypropylene scrubber.  Problem Solved! 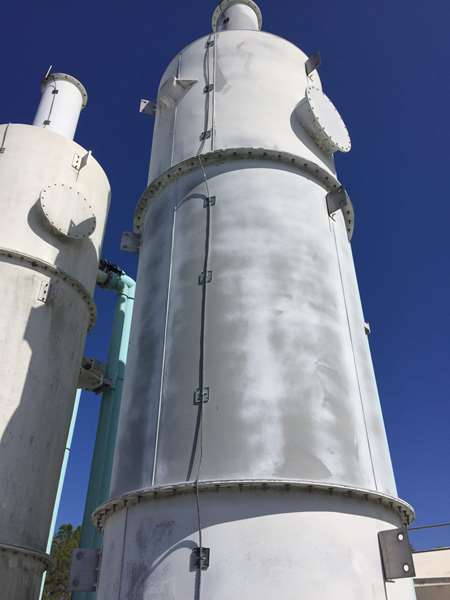 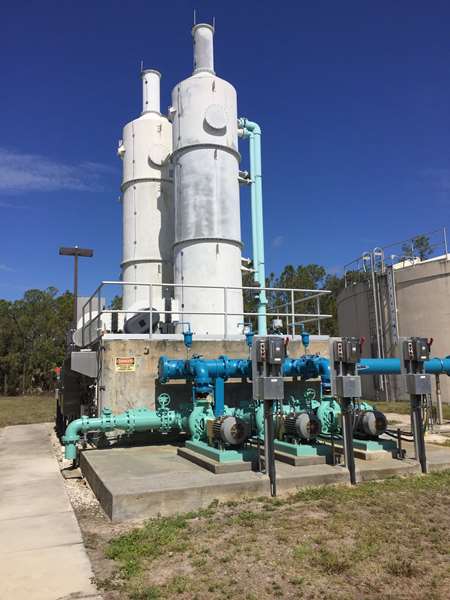 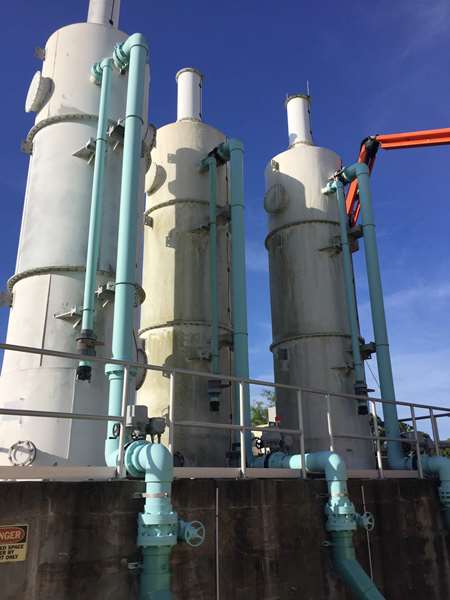 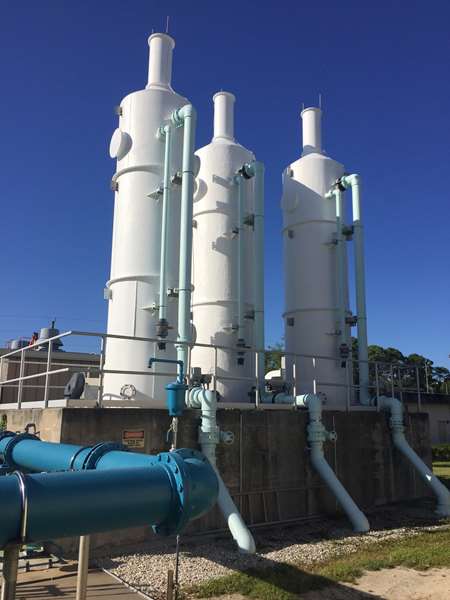 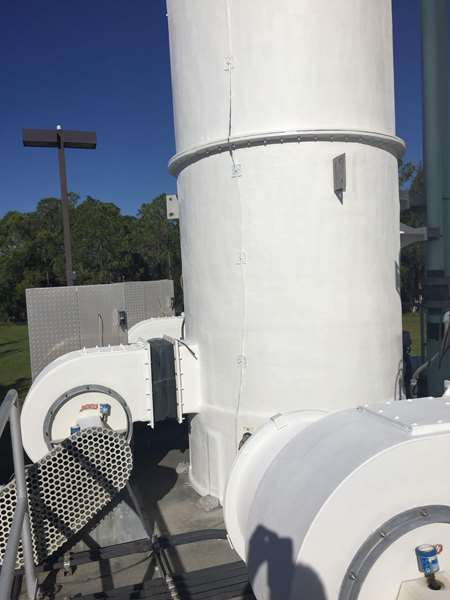 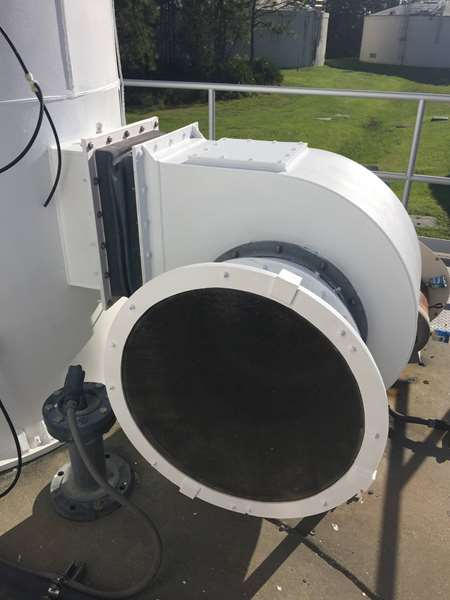 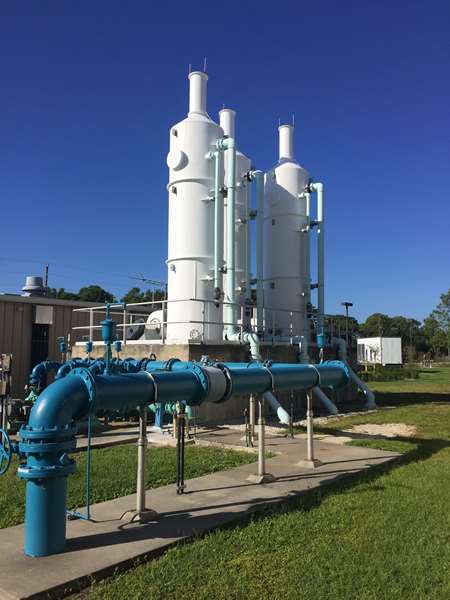