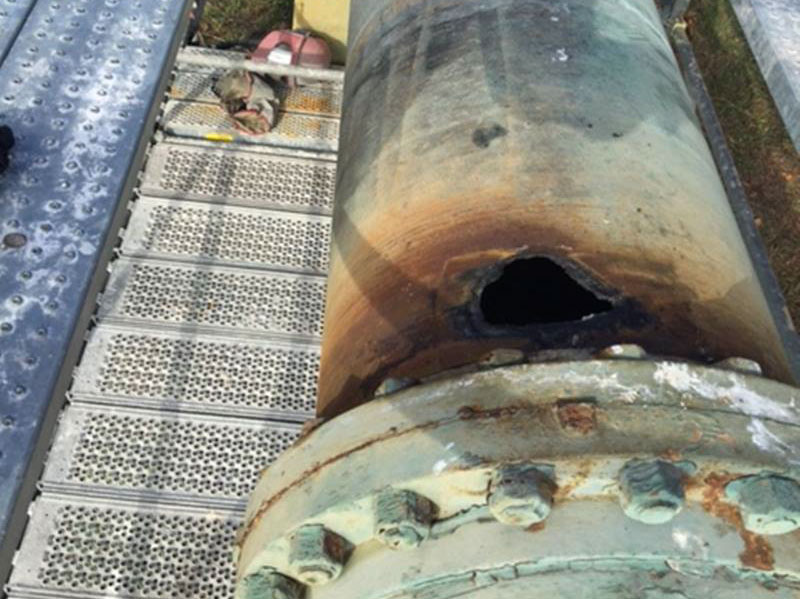 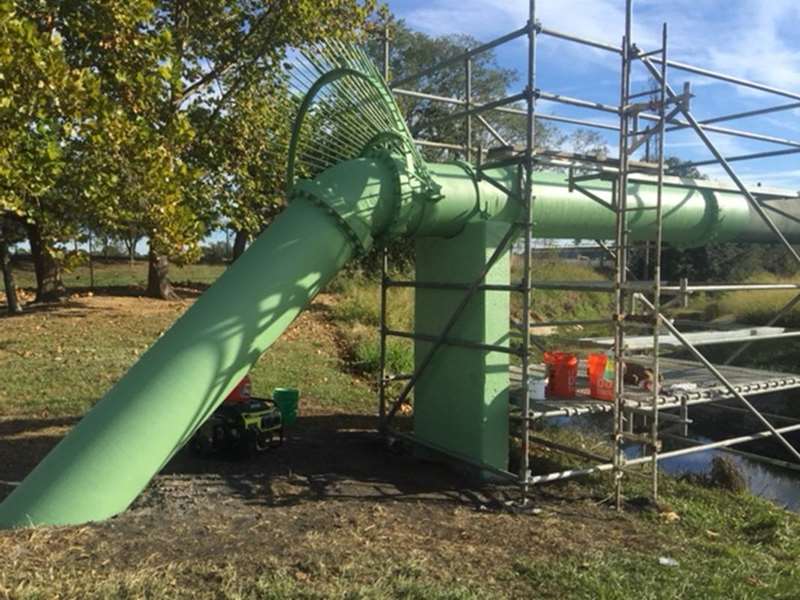 A major central Florida wastewater treatment plant had severe corrosion on a 24 inch force main pipe that could not be taken out of service.  Replacing the pipe was not an option.  It had to be repaired while it was still in service.

The local ENECON salesperson suggested repairs to the holed areas with DurAlloy and wrapping the pipe with ENECON’s DuraWrap carbon fiber pipe wrap system followed by a top layer of ENESEAL CR.

The pipe was first grit blasted to remove old coatings, surface corrosion and provide the needed profile.  All visible holes were repaired with DurAlloy.  The largest hole was repaired by applying DurAlloy to the area around the hole then bonding a piece of stainless steel in place over it.

Tension straps were placed around the steel and pipe for 24 hours to ensure a proper fit for the repair.

The next day the straps were removed and a small amount of DurAlloy was used around the edges of the repair. DuraWrap primer was applied to the pipe.  Then 12 inch wide carbon fiber was wrapped around the pipe and wetted out at the same time.

A final top coat of ENESEAL CR green was then applied for corrosion resistance and aesthetics. 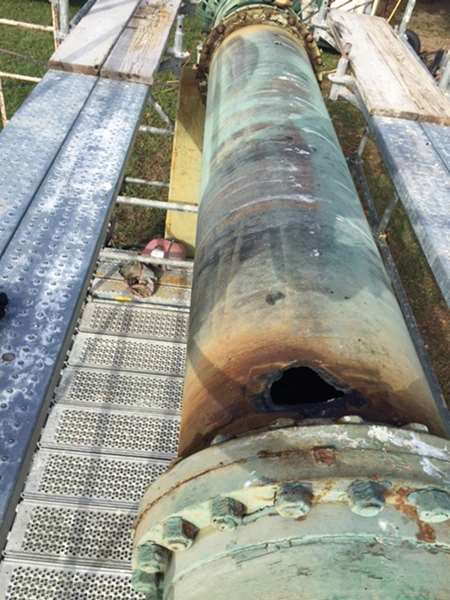 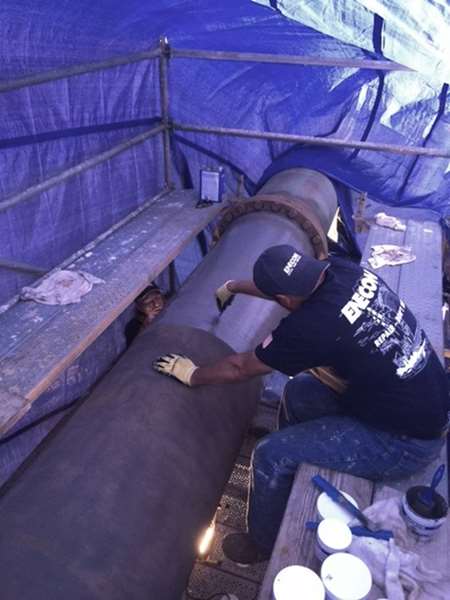 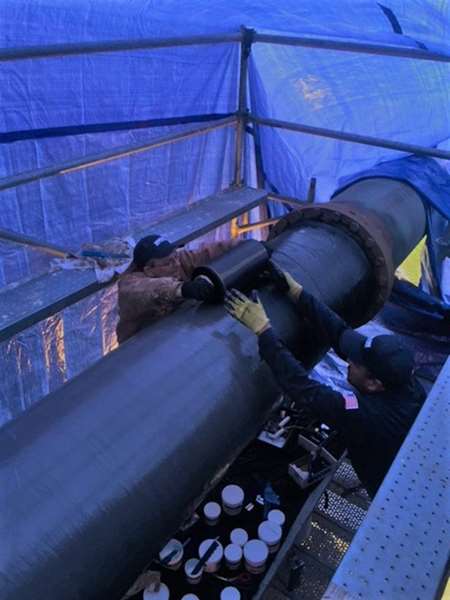 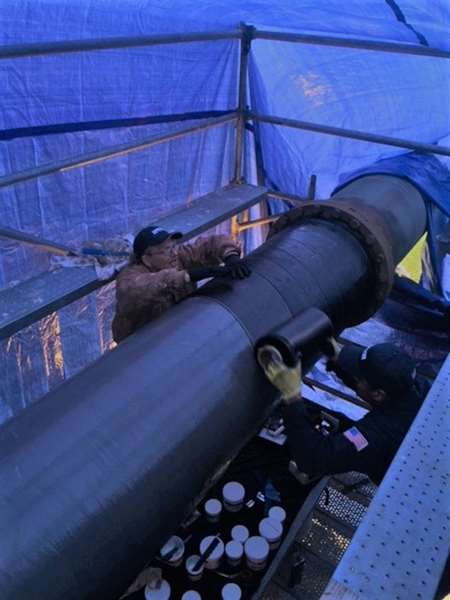 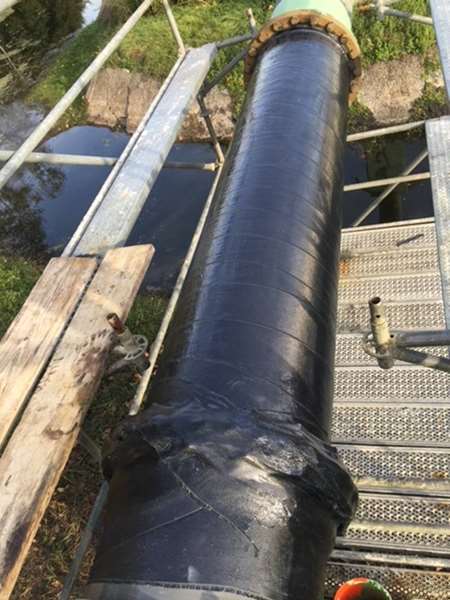 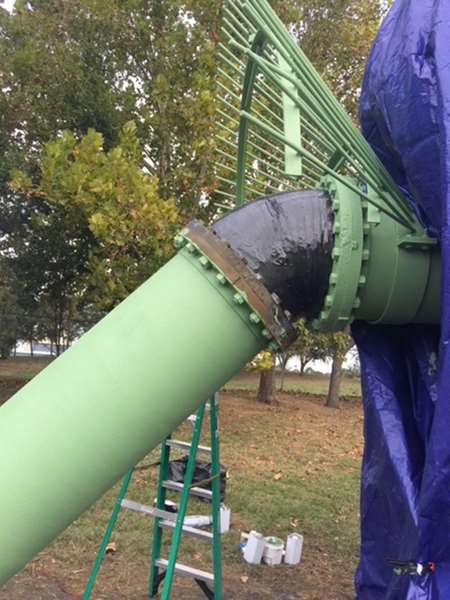 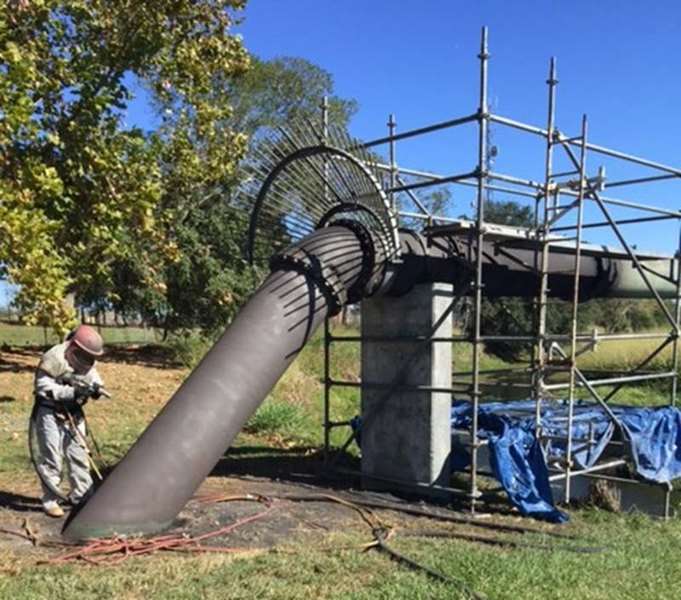 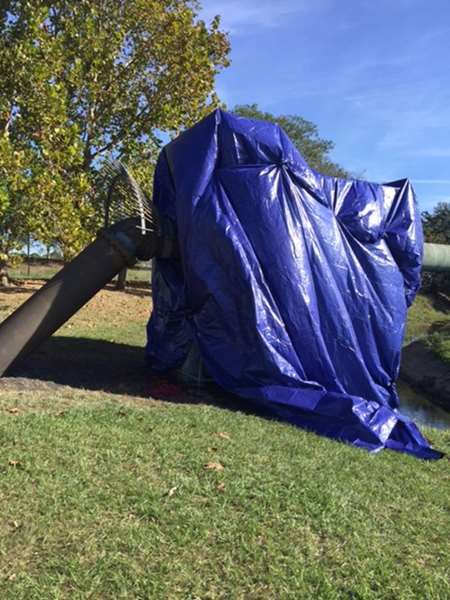 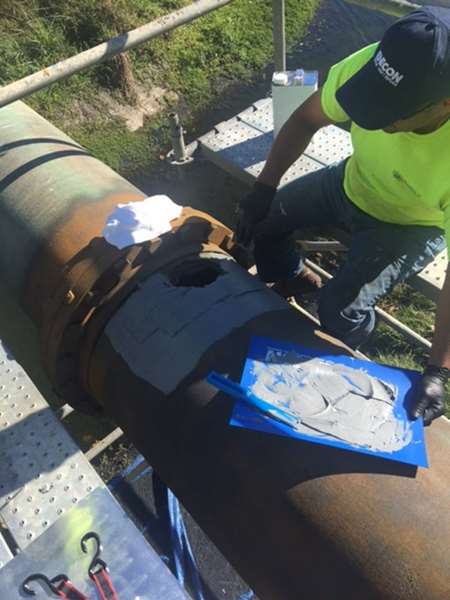 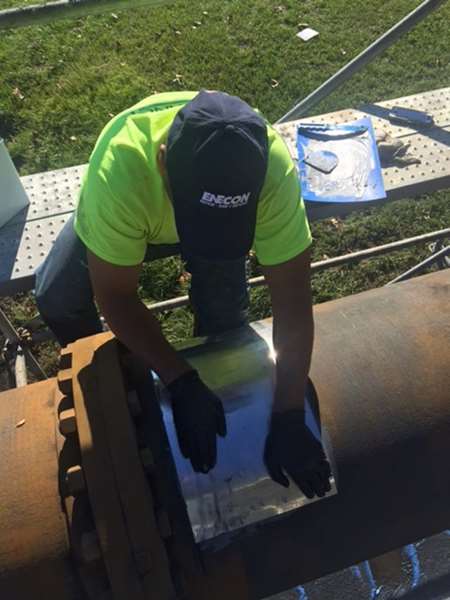 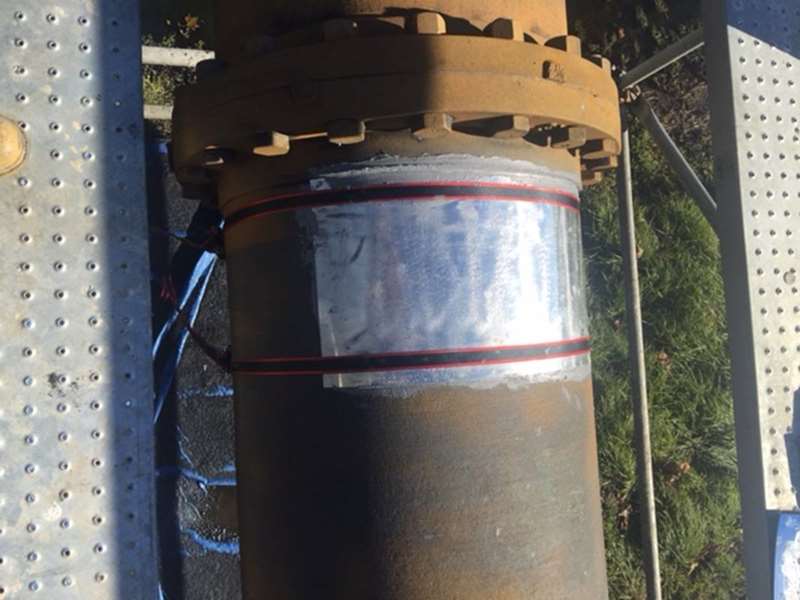 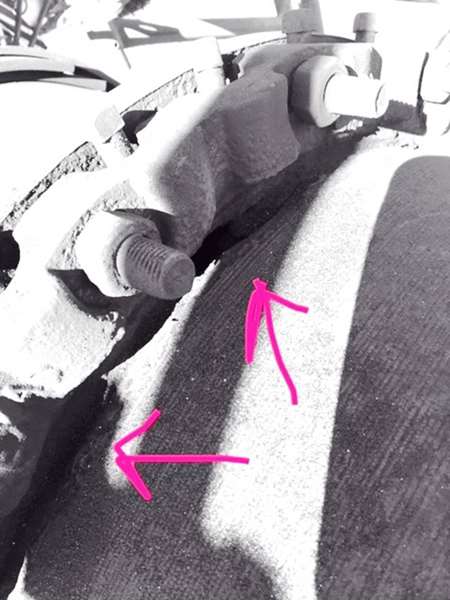 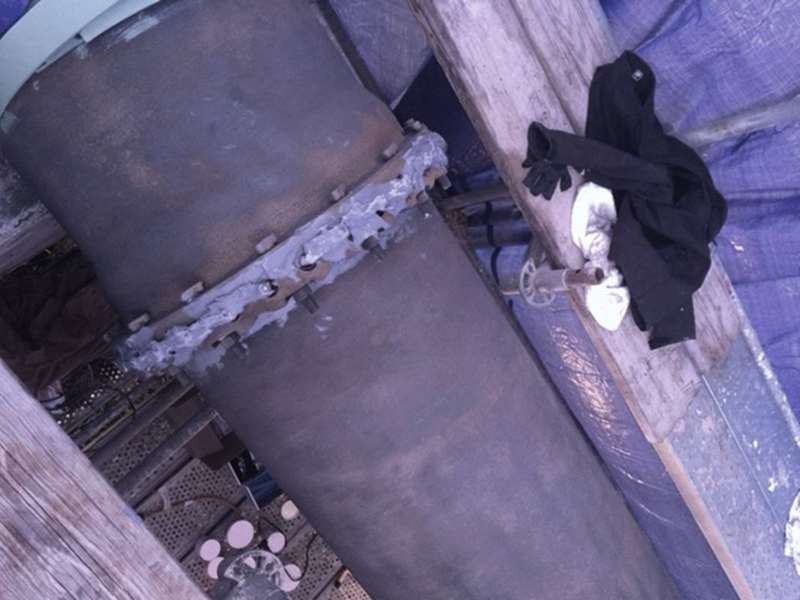