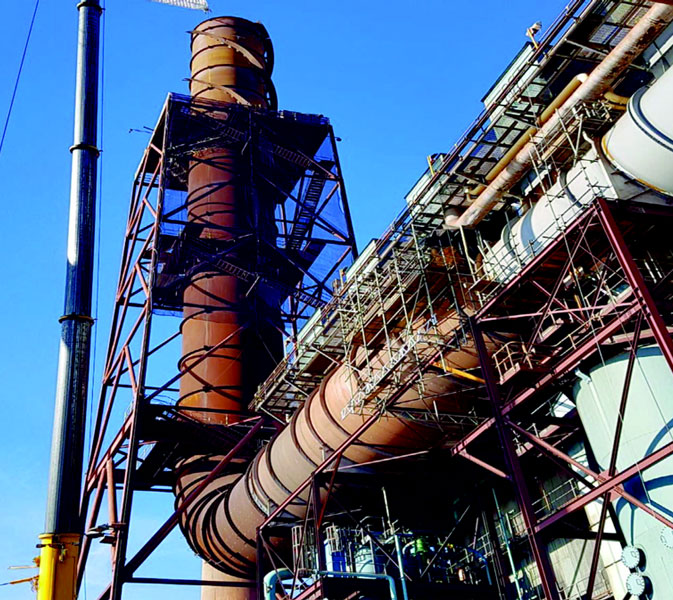 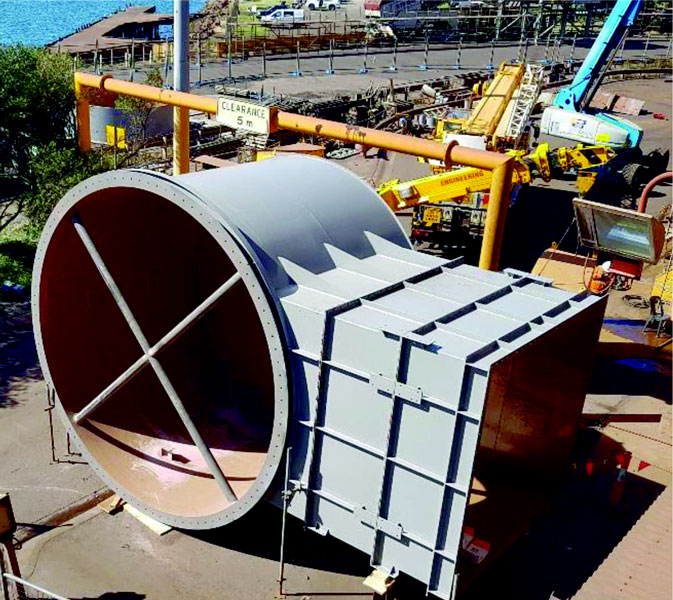 Upon inspection it was discovered that the exhaust duct of this Australian waste gas cleaning plant was suffering from significant corrosion.  Originally 8mm thick, accelerated corrosion had resulted in a significant reduction in thickness and several holes throughout the duct.

On an extended maintenance shutdown of the plant, highly compromised sections of the horizontal duct were cut out and replaced with newly fabricated plates along with replacing the top vertical sections.  CeramAlloy HTL had been successfully used to protect sections of the plant in previous years so it was chosen to protect not only the newly fabricated areas but also the rest of the duct totaling an area of over 10,000 sq ft.

To prepare the surface an initial abrasive blast to the existing sections of the duct with coarse garnet was used to remove the residue and corrosion, followed by a second pass with angular steel grit.  This was done in order to completely remove any contaminants and produce a clean, profiled surface.  Immediately upon completion of abrasive blasting the first layer of CeramAlloy HTL was applied followed by a second.

After the coating was complete, the vertical stack was reassembled and lifted into place.