Hydroelectric power is a very efficient power generator and is a great source for renewable energy. In America, every state uses hydropower for electricity, and some states use a great deal. In fact, over 70 percent of Washington State’s electricity comes from hydropower.*

Efficiency is key when generating power via a hydroelectric plant. One problem that can cause a decrease in a plant’s efficiency would be damaged components or parts inside a pump or turbine. This is a problem that plants face around the word. A utility company in Germany was experiencing just that when they called ENECON.

After the failure of a previously applied coating, ENECON was brought in to repair the Francis turbine vanes which had experienced heavy erosion and corrosion damage. ENECON’s CeramAlloy CP+AC and CL+AC were used to bring back the integrity and structure of the damaged turbine vanes. DuraTough DL was then used to coat the entire piece to provide protection against cavitation.

After a while, the crew at the plant gave us an update on how the turbine was holding up…“After 7,000 hours, the repaired turbine was opened for inspection and found to be in near perfect condition.” Problem Solved! 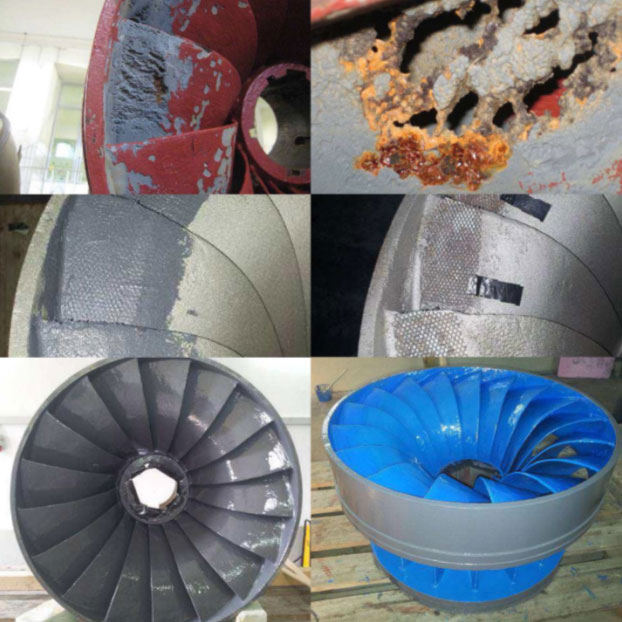