These test panels were partially coated with ENESEAL CR so a small section of the test panels on the top and bottom were left uncoated.

One of the test panels from the set was placed on an outside test fence and remained exposed to the weather continuously for approximately nine years. The other test panel was stored continuously in the ENECON Laboratory without exposure to the outside environment.

Before comparing the panels, the test fence panel was washed and dried and then compared to the duplicate un-weathered panel in the laboratory. The weathered test panels did not show any signs of blistering, under-film corrosion, shrinkage, cracking, embrittlement or mold/fungus growth.

In conclusion, ENESEAL CR showed little or no difference in appearance to un-weathered ENESEAL CR other than some rust staining from adjacent rusting steel and a slight reduction in gloss after nine years in the elements. 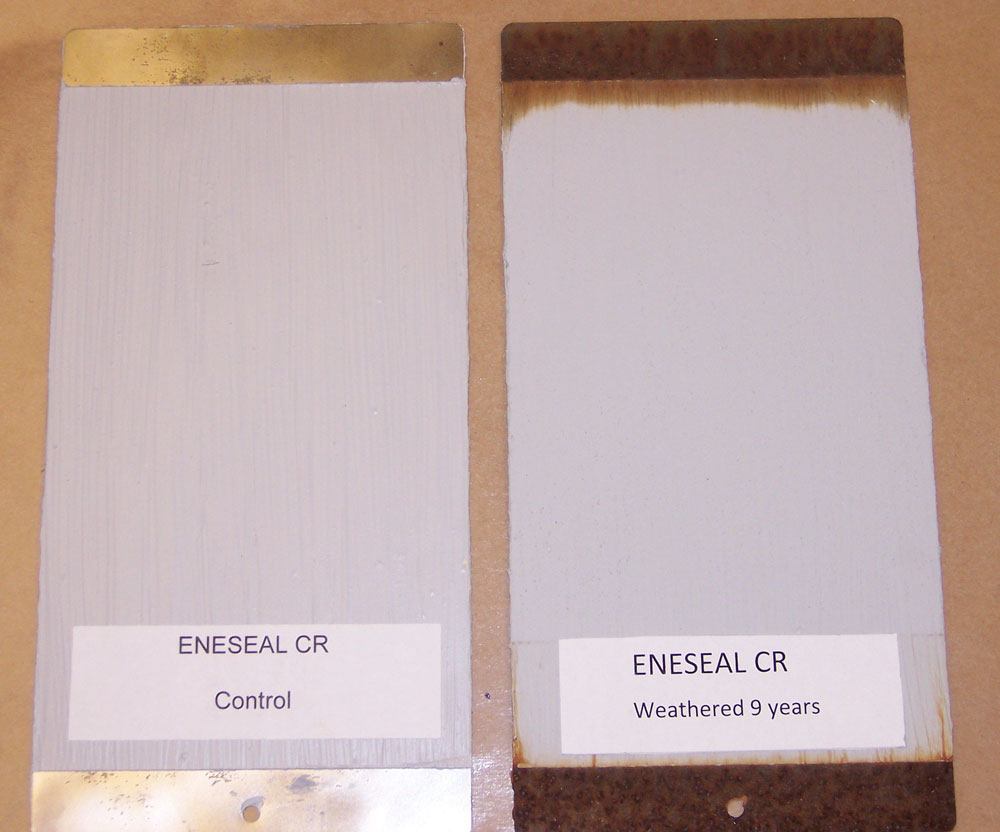